Who is the Manager?

Whether a football club plays in the Premier League, League Two or in the semi-professional leagues, they all have a hierarchy of non-playing staff who run the club off the pitch.

Generally, there is a chairman, or owner, at the top of the hierarchy. This person or a small group of people who provide money and investment for a football club. Below them is a board of directors which may include treasurers and club secretaries, who make decisions on how to move the club forward and how to build the club’s brand and reputation. Depending on the size of a club, there may be departments for media, HR, finances, marketing etc who work below the board of directors led by a CEO.

Manager’s will often work with their own separate footballing team which includes physio’s, additional coaches, scouts or a director of football (who oversees all footballing developments at the club). 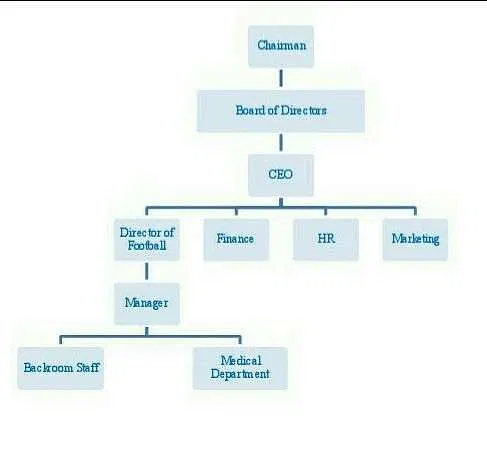 What is the Manager’s Role?

The manager’s role can vary from club to club with some more involved in aspects regarding how the club progresses off the pitch, including financial decisions and transfers. Manager’s will also be required to take part in media engagements such as press conferences. These are held before and after every game and journalists ask questions to the managers regarding team performances, reactions to games, player injuries and transfer updates.

Others, however, may solely be in charge of football matters. This involves deploying tactics, organising training routines before games and picking the team on matchday. However, these tasks are generally delegated heavily between the manager’s backroom staff. Those simply involved in the tactical process are usually referred to as ‘Head Coach’ rather than manager. A head coach works beneath a ‘Director of Football’ usually, who is more influential in all football matters including scouting, player contracts and transfers.

Why do club’s change managers?

Being a football manager is a precarious job. 49 managers were sacked or left clubs in English football’s top four leagues last season. Watford FC, who were relegated from the Premier League last season made four managerial changes throughout the season.

Club’s will often change their manager for a host of reasons. The most common are usually determined by; poor results on the pitch, disputes over tactics used, disagreements on how to progress the club, players becoming disgruntled or unsettled with a manager’s approach or choosing the team or a lack of financial backing when trying to sign new players.

But each case when a manager is dismissed is quite often unique to a particular situation. For example, last season, previous Arsenal manager Unai Emrey was sacked after a run of seven matches without winning It was the club’s worst run of form since 1992 and, at the time, the board explained that Emery was dismissed, “due to results and performances not being at the level required”.

Greatest and most successful managers

Some of the greatest and most celebrated managers in world football have won almost every major trophy or competition in the professional game. Managers are revered by fans for a number of reasons, but achieving success and winning trophies usually determines a manager’s success in the game.

Sir Alex Ferguson is one of the most well-known managers in world football. The Scottish born manager led Manchester United for 26 years and won 13 Premier League titles, five FA Cups and two Champions Leagues during his time in charge. Overall, including his time managing Aberdeen, a small Scottish team in the north of the country, and St Mirren, also of Scotland, Ferguson won 49 trophies throughout his career. He is largely celebrated as the most successful manager in England.

Another manager who achieved great success, but who isn’t as well revered as Ferguson, is Portuguese manager Jose Mourinho. Mourinho has won both major trophies available in European competitions and has lifted league league titles Spain, Italy, England and Portugal.

Self-named as ‘The Special One’ Mourinho first won the Champions League with Portuguese side Porto in 2004. Porto were complete outsiders for the tournament from the beginning and the achievement of winning the prestigious European tournament with a side of their stature was a remarkable feat from Mourinho. His Porto side beat Monaco in the 2004 final 3-0.

The Portuguese manager then achieved a similar feat with Italian side Inter Milan in 2010, securing his second Champions League and also one the second level European tournament, the Europa League, with Manchester United in 2017.

Other successful managers in the game include Pep Guardiola who won 28 trophies at high-profile clubs Barcelona, Bayern Munich and Manchester City. Experienced manager Carlo Anchelotti, now in charge at Everton, has won 20 titles in his near 30-year career. He, along with current Real Madrid manager Zinedine Zidane and former Liverpool manager Bob Paisley, are the only managers to win the Champions League three times.

Dutch manager Johann Cruyff did not win a host of titles when managing Barcelona and Dutch side Ajax, but he is lauded as one of the most influential managers of European football due to his influence on different styles of play and ‘Total Football.’ Lots of Cruyff’s ideas were adopted by many managers within football and are still used today by the likes of Pep Guardiola and Leeds United manager Marcelo Bielsa.